After months of authoritative reviews and fierce competition, “RedDot” unveiled recently its list officially: Abilix Educational Robot Brick Series Krypton 7 stood out among peers and was awarded “RedDot”. Abilix was awarded a big prize albeit in the first time attendance, reflecting its incorporating design concept into the entire structure of product manufacturing. Abilix not only pursues practical values, but also focuses on a combination of perfect design and cutting-edge technology.

RedDot Award was founded by Design Zentrum Nordrhein Westfalen in 1955 and has turned to be a globally noble creative design award for over 6 decades; it also has been entitled as “Oscar Award in product design industry” due to its orientation as one of the largest and most influential design awards in a global scope. What’s more, RedDot Award, together with IF Award from Germany, IDEA Award from US, has been nominated as “Three World-Wide Renowned Design Awards”. Benchmarks of RedDot awards emphasize in innovation, function, human engineering, eco-impact and durability, etc, which makes the award the ultimate accolade of product industrial design. 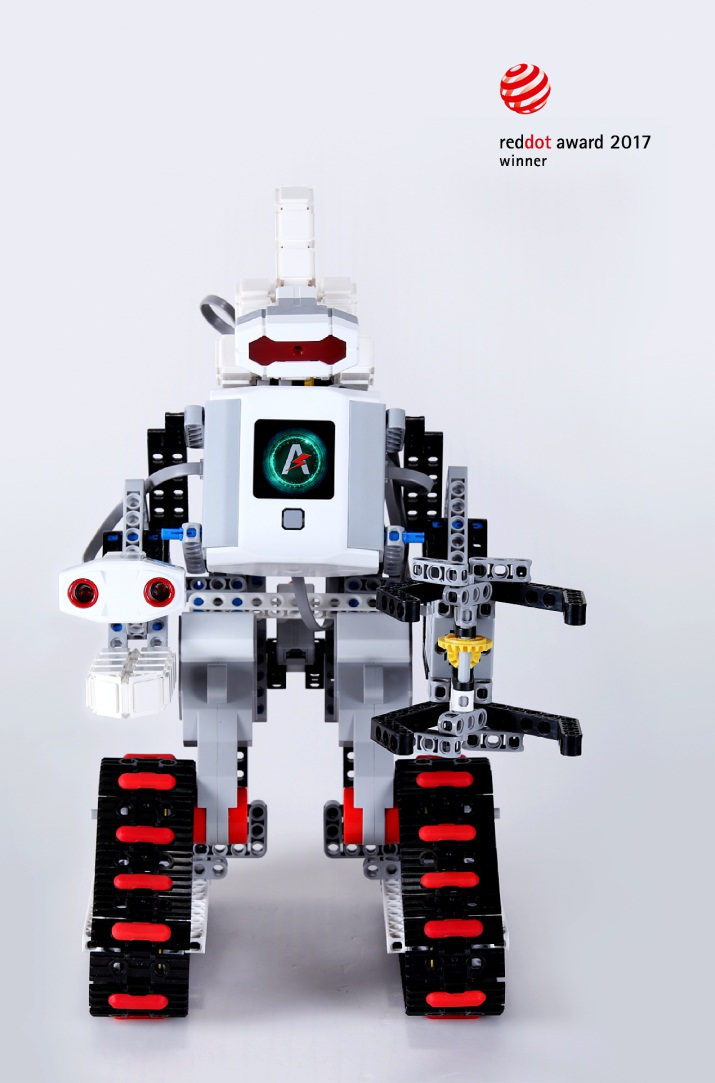 Standing out among thousands of entries from different corners of the globe, Abilix Krypton 7 gained the ultimate accolade in product industrial design and turned to be the first awarded educational robot in the global scope. It represents new-emerging robotic design in China, as well takes the lead for design style of future educational robots.

Krypton 7 has a brand-new interactive approach and unique programming App, enabling users of educational robot extending to k12 students (students from kindergarten to Grade 12), not limited into elementary and junior students.

Krypton series particularly have six-sided building system, making infinite creative spaces possible. Compared to similar-typed products, Krypton 7 has more motors and sensors, basically 6 motors and 26 sensors; meanwhile, it has the most advanced programming interactive approach - screen-touch, a revolutionary and original design, which has been barely found in other similar-typed products.

Educational robot projects based on Krypton series enable children to practice freely and improve their creativity in the progress of implementing various kinds of creative projects. Youth can get hold of technological knowledge referring to mechanism, electron, software and AI and enhance science and technology literacy.

Different kinds of robots entered into the rivalry for RedDot Award for the sake of the gradually increasing pursuit of robotics design. Nonetheless, Abilix being awarded a big prize in its first time attendance has manifested its profound and well-grounded aptitudes in integrating outlook design into innovative technology; furthermore, Abilix has employed the thought to run through the entire manufacturing process of product design.

Under a circumstance of AI technology outbreak, Abilix educational robot Krypton series have interpreted from a user-oriented aspect: break the convention and back to the family life. The design of educational robot is meant to combine arts with science and technology, as well render its educational qualities. The perception of Abilix, which should be made reference amid the industry, is to concentrate on the value of educational robot and uplift user experience via product design.